Unprecedented events over Christmas and New year have seen devastation and heartbreak in many parts of NSW.

The bushfire tragedy has touched our hearts. Now it’s time to do something and make a donation. There are many worthwhile charities and organisations who can effectively use your cash donation to help families rebuild.

With images of injured native wildlife being broadcast around the world, animal rescue organisations have also received a flood of donations. NSW’s Wildlife Information Rescue and Education Service (WIRES) is bringing in more than $2 million a day through a social media campaign, which has now exceeded $11 million. The Port Macquarie Koala Hospital has surpassed $5 million in donations, while fundraisers for the Kangaroo Island Wildlife Park and Wildlife Victoria have received over $880,000 and $170,000 respectively. These amounts are staggering, indicating how generous Aussies really are.

The Salvos  launched a disaster appeal to support the communities affected by the devastating bushfires.

“Our teams are providing meals to evacuees and frontline responders, and will continue to provide whatever support is needed as the situation develops,” said Strategic Emergency and Disaster Management general manager, Major Topher Holland.

To donate to the disaster appeal, you can call 13 SALVOS (13 72 58), donate at any Woolworths checkout. The fires may be over – but the pain and anguish of those affected continues. The Salvos will not forget or forsake them. 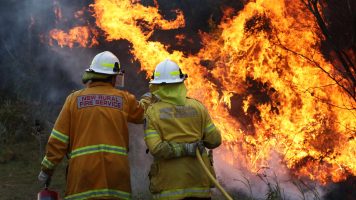