In recent months, the bushfire crisis has left many people disadvantaged and traumatised. It’s almost unbelievable to see TV news footage of our beautiful towns and villages wiped out by ferocious and dangerous fires now just in New South Wales, but in other states as well.

The media is calling this a ‘marathon crisis’ – which is correct. Almost 2,000 homes destroyed and at least 25 people died. Millions of animals have perished since September. The unprecedented bushfire season has been fuelled by record temperatures and widespread drought.Some rain did fall in NSW and Victoria but officials have warned blazes will “take off” again.

Much needed rain did fall and all fires were eventually extinguished.

The ‘Sounds of Macarthur’ 100.3FM is partnering with The Salvation Army Disaster Appeal encouraging you to donate directly to The Salvos with cash donations. Their emergency teams have been providing food and welfare assistance to evacuees and frontline responders. Crucial support is given quickly and, more importantly, where it’s needed.

You can also donate at any Woolworths checkout or online at www.salvationarmy.org.au and follow the prompts. Or phone 13 72 58.

The Salvation Army launched a Disaster Appeal to support communities affected by the devastating bushfires in New South Wales and Queensland.

The Disaster Appeal positioned the Salvos to help beyond the current support of evacuees and emergency personnel and into the sustained effort required through recovery and rebuilding phases.

Salvation Army spokesperson Major Bruce Harmer said the Salvos deployed relief teams to provide food and water, along with emotional and practical support, to emergency services personnel and displaced people as they arrive at evacuation centres.

The Salvation Army is well into the recovery phase of this disaster,” Major Harmer said. “We know from experience many of those displaced by the fires are going to need us for many months or years ahead. We are committed to standing alongside these communities for as long as it takes to get them back on their feet.”

Since the first response in September, the Salvos have distributed $11.9 million of the more than $18 million that has been received. More than $7,064,000 has gone towards immediate emergency and relief efforts for first responders and evacuees, while $4.86 million in hardship payments has been distributed directly to people in need.

Bushfire Recovery Team services will include financial assistance and counselling; a dedicated telephone line where workers can assess and deliver material aid; outreach workers embedded in local communities across Queensland, New South Wales, Victoria and South Australia and; caseworkers based in communities to deliver holistic assistance, including financial, emotional and psychological responses. 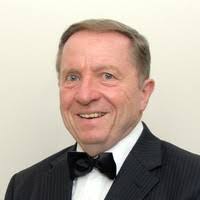